Home Based Business 4U About Us

About Home Based Business 4U

Home Based Business 4U was launched in 2020, and the concept to help people in Network Marketing by attracting people to them was thought up by William O’Toole. What was needed was a website and someone to partner with that understands how to build and SEO that website. That is where Barrie Evans comes into the equation.

The website is an old domain that Barrie had and previously had some authority. This has helped with the initial build up of authority and recognition of the brand of Home Based Business 4U. Here is a little about each of the partners and their overall philosophy… 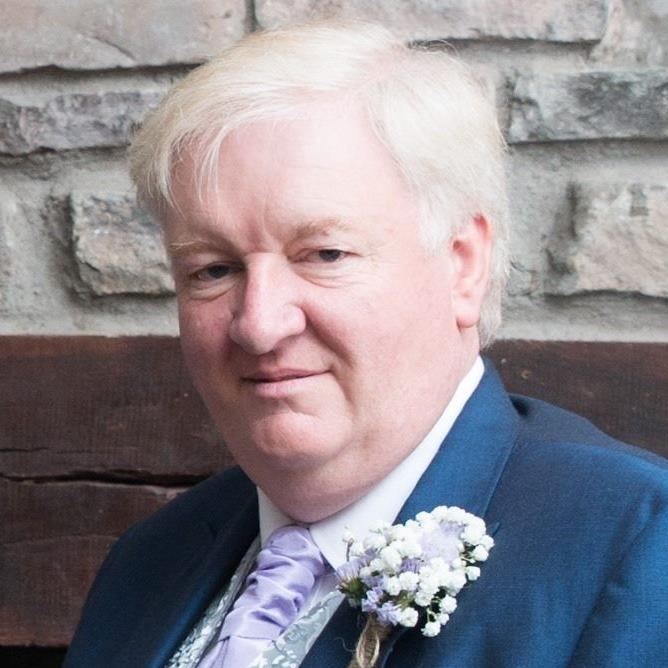 Barrie Evans is a SEO and Google My Business expert from Abergavenny, South Wales. He has spent most of his working life working in or helping local businesses. Previously an Electrical Contractor, working in domestic and industrial situations, he worked hard to gain the best experience and was highly regarded in Electrical Testing having tested several Railway Stations over the years and a lot more.

With the ability to design and install successfully, he was thought well of by many of his peers.

His heart wasn’t actually in that type of work, however, because he likes to be creative. A musician from a young age, he played piano in competition and often won. He also learned to play Church Organ and joined a pop band when he was young. He also psent several years as a semi professional entertainer / singer playing keyboards around pubs and clubs all over South Wales and parts of the West of England. Following an accident slipping on ice in 2011, he suffered a detached retina in his right eye. That has been repaired and yet he cannot now work in dusty situations, so he retrained in SEO and Web Design and has also learned a lot about Internet Marketing.

The experience in marketing has helped the progression of Home Based Business 4U, but that is not where this ends. Both he and William know that to be successful, they must continue to be proactive and keep developing the business online to reach the goals they have set for anyone that joins the program.

William O’Toole is father to 4 children and 3 step-daughters. He has worked in the Network Marketing industry for close to 13 years and has helped many people in this space.

The business has allowed him to support his family and be around them allowing him to spend quality time with them.

He sees Network Marketing as a fun, social industry with great rewards if you are prepared to work at it.

He has toyed with the idea of this kind of helpful solution for network marketers and getting leads for them for many years.

Speaking with Barrie about this concept earlier this year led to the thought become a reality.

We both believe in great teamwork and because we have different skills to bring to the table, we make a good team. We bring this teamwork ethic into our business too, because you know the old saying “Team Work Makes The Dream Work”? We believe that to be true.

Onwards and upwards together.

Thank you for reading about us.

We use cookies on our website to give you the most relevant experience by remembering your preferences and repeat visits. By clicking “Accept All”, you consent to the use of ALL the cookies. However, you may visit "Cookie Settings" to provide a controlled consent.
Cookie SettingsAccept All
Manage consent

This website uses cookies to improve your experience while you navigate through the website. Out of these, the cookies that are categorized as necessary are stored on your browser as they are essential for the working of basic functionalities of the website. We also use third-party cookies that help us analyze and understand how you use this website. These cookies will be stored in your browser only with your consent. You also have the option to opt-out of these cookies. But opting out of some of these cookies may affect your browsing experience.
Necessary Always Enabled
Necessary cookies are absolutely essential for the website to function properly. These cookies ensure basic functionalities and security features of the website, anonymously.
Functional
Functional cookies help to perform certain functionalities like sharing the content of the website on social media platforms, collect feedbacks, and other third-party features.
Performance
Performance cookies are used to understand and analyze the key performance indexes of the website which helps in delivering a better user experience for the visitors.
Analytics
Analytical cookies are used to understand how visitors interact with the website. These cookies help provide information on metrics the number of visitors, bounce rate, traffic source, etc.
Advertisement
Advertisement cookies are used to provide visitors with relevant ads and marketing campaigns. These cookies track visitors across websites and collect information to provide customized ads.
Others
Other uncategorized cookies are those that are being analyzed and have not been classified into a category as yet.
SAVE & ACCEPT